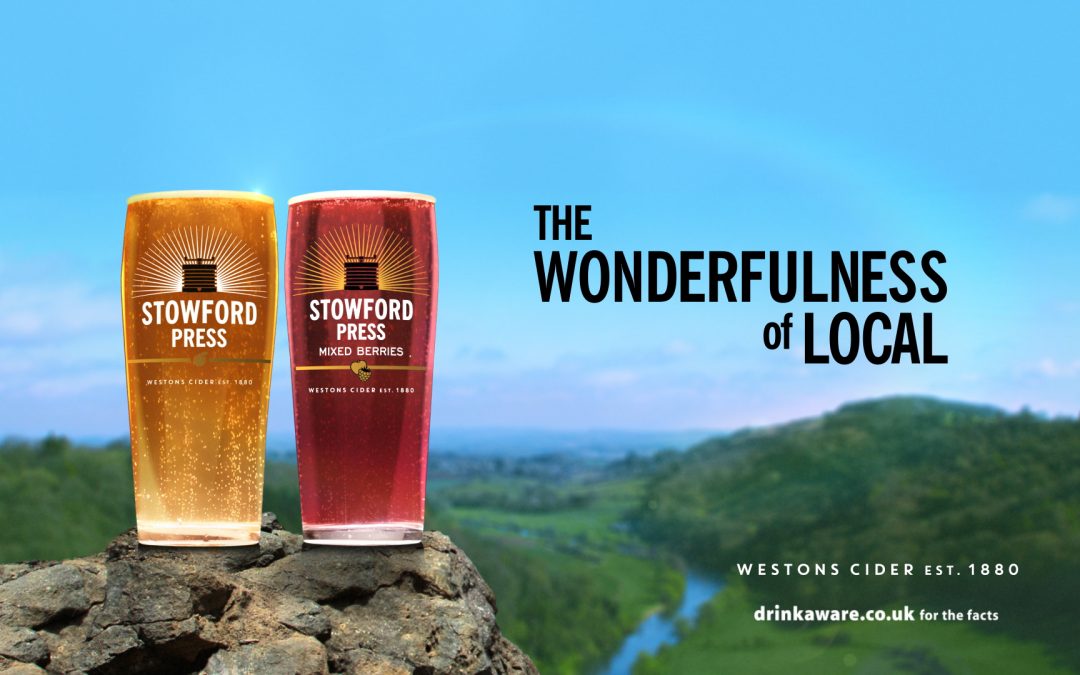 Westons Cider is to launch new TV advertising for Stowford Press as part of a major marketing push for the brand.

‘The Wonderfulness of Local’ campaign highlights the premium quality of Stowford Press cider, exemplified by the locally-sourced apples used to create every pint. It features comedian Ellie Taylor and adventurer Alastair Humphreys exploring the glorious countryside around Westons’ cider mill in Much Marcle, Herefordshire.

“The key objective of our TV creative was to tap into a brand truth that had the ability to engage consumers emotionally,” explains brand manager Holly Chadwick. “Within this, we know our consumers value premium, local ingredients and provenance, and are actively seeking out experiences over material things.”

“This drove our thinking around the new TV advert. Through the new creative we wanted to find an entertaining and engaging way to communicate the fact that unlike some other ciders, all of the apples used in Stowford Press are grown within just 50 miles of our cider mill.”

“Although Stowford Press is a major national brand in both the on and off-trades, we will always stay true to the local heart of our brand and celebrate the wonderfulness of local.”

The TV ad, which has been produced in 60”, 30” and 10” edits, will premier during Channel 4 and ITV’s prime time Friday night schedules, to be followed by a 10-week campaign which adds further channels including Sky Media and BT Sport and will deliver significant national coverage for the brand.

TV advertising will be supported by a programme of high-profile sponsorships, consumer PR, on-trade and in-store customer marketing, blogger activation and social media activity, all celebrating the wonderfulness of local and adding up to the biggest marketing package ever put behind Stowford Press.

The new TV commercials were created and produced by Red Bee and directed by Ollie Parsons. Alongside the main Stowford Press apple variant, they also feature Stowford Press Mixed Berries cider which was launched in the on-trade in March this year.

“As we predicted at the time,” says Chadwick, “Stowford Press Mixed Berries has had a rapturous reception from the trade and consumers alike. This new campaign will highlight the quality of our cider and will bring the Stowford Press brand to even more people’s attention.”