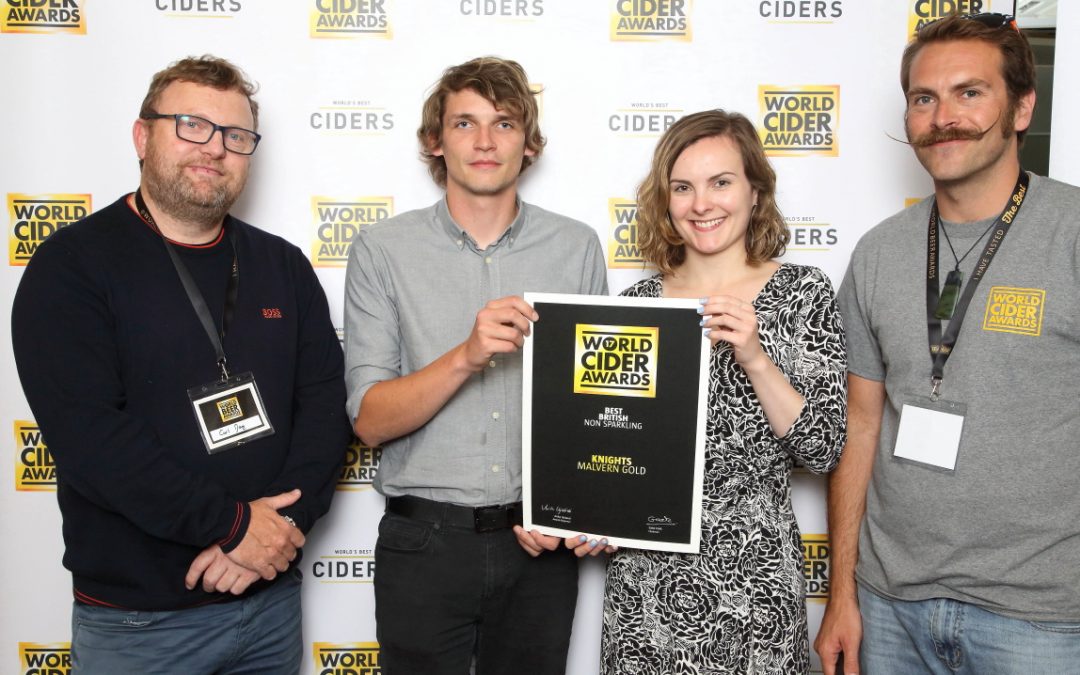 Aston Manor Cider, the UK’s largest independent cider maker, has beaten its record 2016 award haul just eight months into the year. Six new accolades for product quality and design have taken the 2017 total to 22, five more than the last year.

Plaudits include two stars for its premium cider Knights Malvern Gold from the Great Taste Awards, which are considered the ‘Oscars’ of the food world.

The business wrapped up the week with a prestigious design award for its recently launched Friels First Press Vintage 5l mini-keg, as well as the popular 330ml can. Both formats received a Silver medal from a leading panel of judges at the Harpers Design Awards, which celebrate the products at the cutting edge of design and innovation.

Success at the Harpers awards closely follows a fantastic haul at the British Bottlers Institute (BBI) Awards where the cider-maker scooped two Gold, three Silver medals and a Diploma of Excellence.

Gordon Johncox, chief executive of Aston Manor Cider, said: “We were delighted with our award wins in 2016, so to beat our own record this year with four months to go is an achievement that we are quite rightly proud of.”

Recently, the business was also recognised for its impressive track-record of innovation at the West Midlands Business Masters. Shortlisted alongside other prominent businesses in the region, Aston Manor won thanks to the great strides made in reducing water and energy consumption at its Stourport-on-Severn apple processing facility.

Johncox concluded: “After several years of investment in both our production facilities and product development, we are pleased to see how national and international recognition for our products and innovation is supporting the excellent reputation we feel is merited, given the quality of our operations and of our people.”