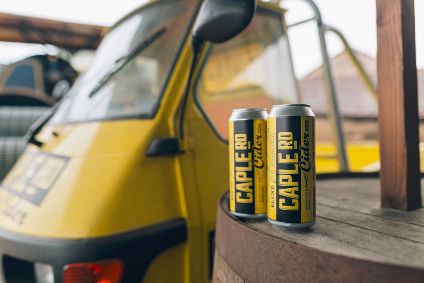 The last week has seen a raft of stories about British ciders abroad.  The Mail on Sunday ran with an article at the weekend that highlighted the current popularity of cider in Russia.  Apparently volumes have increased seven fold over the last few years, with British cider accounting for the majority of this.  This follows on from an interview with Henry Chevallier, from Aspall Cider, on BBC Radio 4’s Farming Today, highlighting the importance, and challenges, of exporting.  Whilst Westons announced it is launching its Caple Road brand into Canada.  These stories serve to highlight the increasing importance, and potentially significant future of, exporting great British ciders.

Many British cider makers, such as Aspalls, Westons and Thatchers have exported for many years, with the UK cider industry now exporting to over 50 counties, from Estonia to Australia and Malta to Thailand. Smaller cider makers have increased their levels of exporting, too.  You can now find the finest, artisanal ciders from our smaller producers filling the fridges at the hippest joints in the vast megacities of New York, Moscow and Tokyo, as the discerning consumer seeks out the finest of British drinks.

But it’s not just British ciders that are being enjoyed around the world – more cider is being made globally, too.  Markets such as the USA, Australia, New Zealand and South Africa all have burgeoning cider categories, with many brands now available in the UK.  The US just held its annual CiderCon – a gathering of cider professionals from the US and around the world, to discuss the latest happenings.  At events such as this, UK producers are often held with some reverence, thanks to their quality ciders, old orchards and the thousands of years of British cider making heritage.  Strong domestic cider markets around the globe can only mean there is an increased demand for British ciders, with consumers wanting to enjoy a taste of the good stuff straight from cider central.

The world is waking up to cider in a big way, and rest assured, British cider will be at the forefront of the global renaissance!