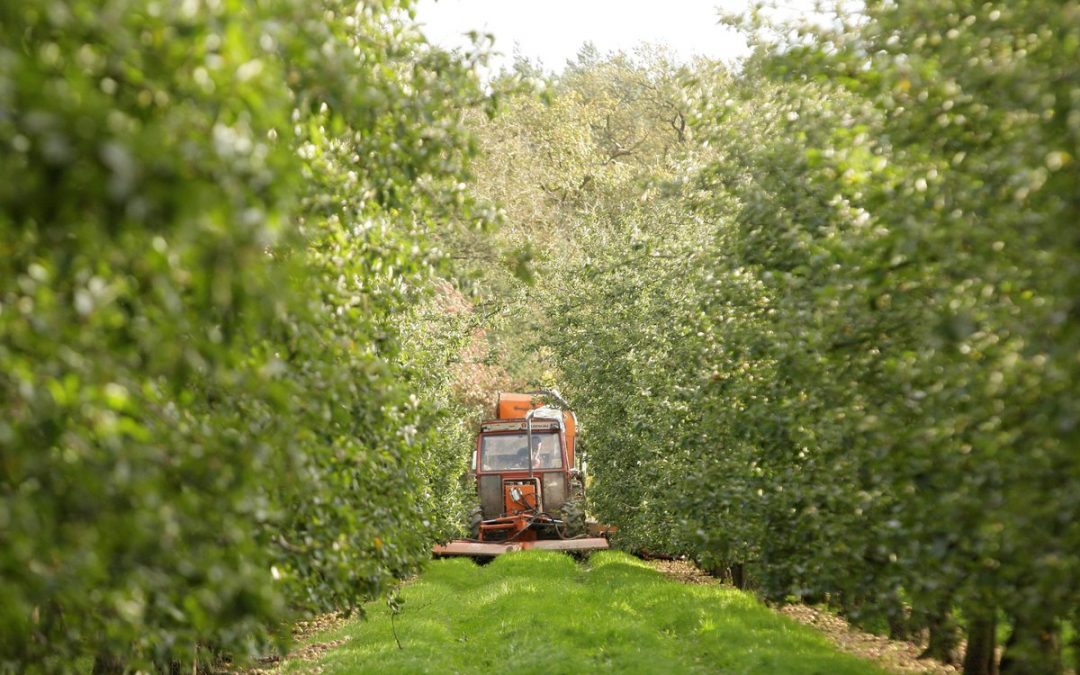 The unusually early harvest across Aston Manor Cider’s Herefordshire and Worcestershire orchards continued this week with some varieties ready to pick up to ten days ahead of schedule.

Josh Faulkner–Elliott, orchard coordinator and cider maker at Aston Manor Cider, reports on a remarkable start to the season.

“While many of the culinary varieties such as Gilly and Red Falstaff have ripened as usual, we didn’t expect to be harvesting the likes of Hastings and Three Counties at this point in the year.

“These bittersweet apples traditionally crop towards the end of the season. Harry Masters, for example, would usually be ready from mid-October to late November.

“Despite a wet summer, a very warm spring has led to this early start, while high winds from the US mean 2017 is set to be a particularly speedy season – increasing the workload for us.”

Rod Clifford, head cider maker at Aston Manor Cider, said: “The storms on the other side of the Atlantic have had an effect here with winds knocking ripened apples to the ground in greater numbers.

“As they will start to go soft as soon as they have fallen from the branch, we are being extra vigilant to ensure that we catch all of the fruit for pressing.”

“Fortunately, we are well prepared.

“Operations at the pressing mill at Stourport-on-Severn are now at full speed and we work very closely with our growers and farmers who are doing an amazing job in responding to the quirks of this harvest.

“As we head into late September, we expect several more bitter sweet varieties to begin ripening in earnest and we predict that this to be our highest yield harvest to date – allowing us to make even more great cider.”

2017 is a significant harvest for Aston Manor. Several years after the business planted 400,000 trees across 1,000 acres of Herefordshire orchards as part of an £30m investment programme, the first of these trees will be yielding apples for harvest.