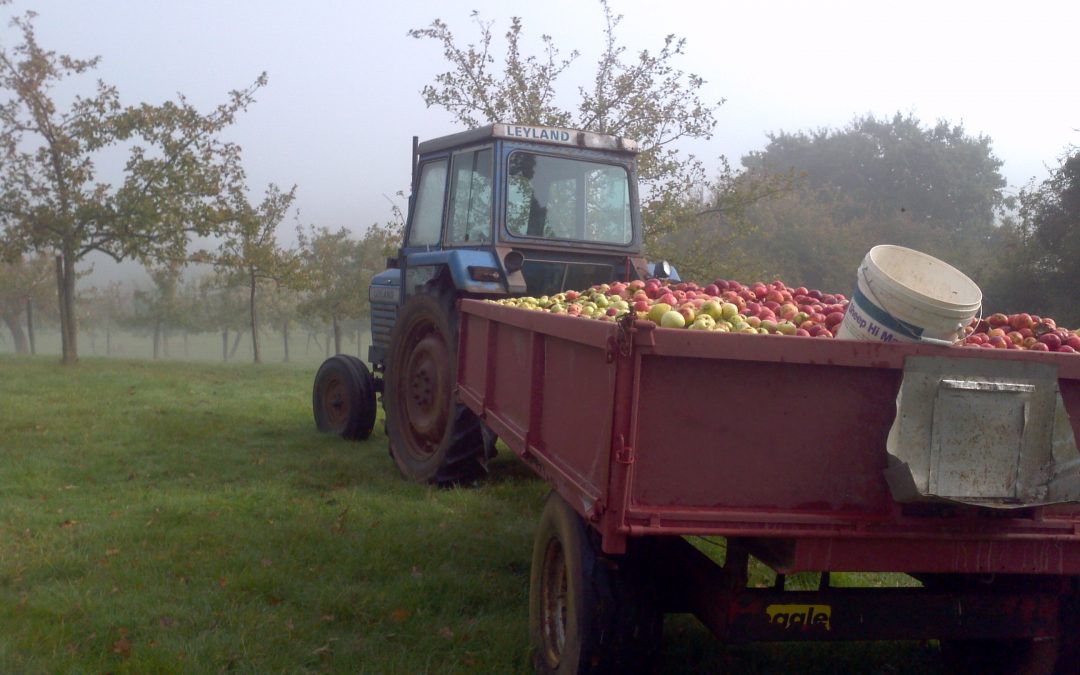 It is with great excitement that we can announce the winner of our 2016 Apple Harvest Photo Competition.  Congratulations to Richard and Jill Courtney from Whimple in Devon, who have taken the award with a shot of their 1970s Leyland Tractor towing a trailer full of freshly picked cider apples from the orchard on their farm.  Aptly, the photo was taken on the morning of 21st October: Apple Day.

NACM Communications Officer, Gabe Cook, explains why this photo was chosen: “Anyone who has made cider can relate to this image – the misty morning, the wet ground, the apple picking bucket.  It’s such an evocative shot.  You can almost smell the apples!”

The Courtney’s orchard was once owned by the Whiteways Cider company.  It comprises of 15 acres of traditional, standard orchards of mostly older trees, but with some new plantings also.  It is managed in as natural a way as possible, with no sprays, under-canopy sheep grazing and late sward cutting. This means the orchard is a haven for biodiversity with deer, owls and bats all present.

Richard and Jill’s son, Paul Courtney, Director at Vigo Presses Ltd, said, “We are delighted that this photo has been chosen by the NACM as being most representative of the apple harvest.  We hope it shows the value of traditional orchards for biodiversity.”