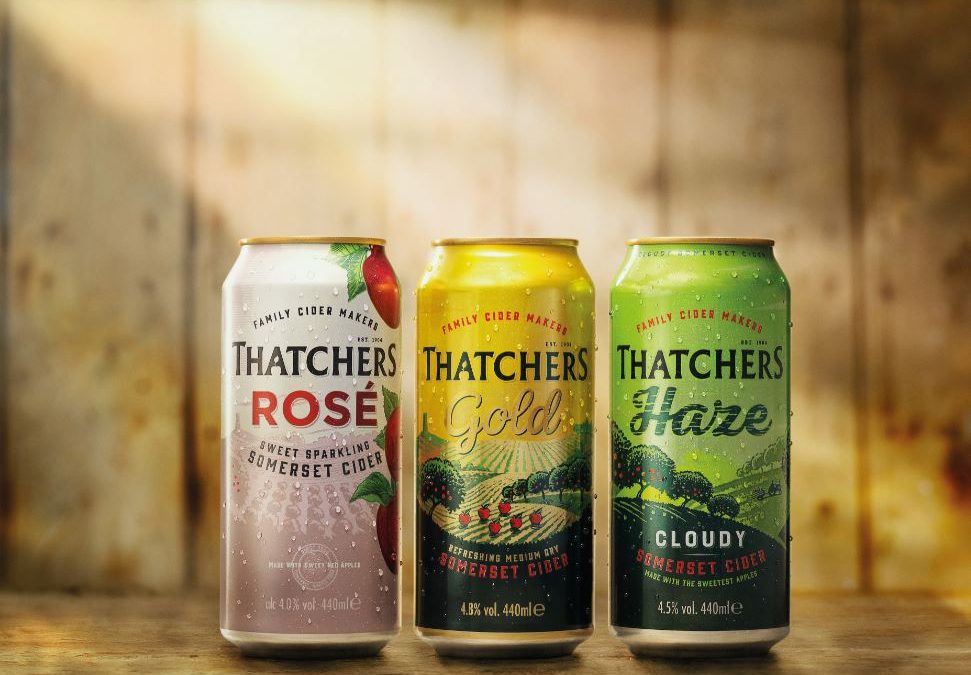 Thatchers Cider has introduced new, lighter weight cans for its cider, meaning the Somerset cidermaker is saving the equivalent of 5.9 million empty cans a year.

The latest in a string of sustainability initiatives being implemented by Thatchers, this change will see around 70 tons of aluminium saved each year, thanks to switching to Ardagh Group’s lighter weight beverage cans. Thatchers Cider expects to save approximately 381 tons CO2 in 2019 by using only the lighter weight can.

Thatchers was the first cidermaker to ditch plastic ring carriers on its four-pack of cans, introducing instead recyclable board outers.

Martin Thatcher, fourth generation cidermaker says, “We’re looking at many different ways of reducing our impact on the environment. As well as running a business, we are all, as individuals, passionate about cutting waste and doing our bit to bring about change. Lightweighting our cans means less energy used across the packaging process.

“We’re producing around 100 million cans a year at Myrtle Farm, so this initiative will make a big impact.

“Investing in sustainability is one of our key priorities. However, it’s equally important to retain quality, ensuring that the durability of the new lighter cans is not affected. So the Ardagh Group worked hard to get the weight exactly right.” continues Martin.

Martin continues, “We’re working towards eliminating all plastic from our consumer packaging for cans and bottles. Removing plastic ring carriers is the first of what we hope will be a number of industry-leading initiatives in this area. We’re continuing to invest in sustainability throughout all stages of the cidermaking process, from development of our new energy efficient warehouse and mill at Myrtle Farm, through to ambitious plans to reduce to zero, waste sent to landfill from the cidermaking process.”

Blossomtime in Herefordshire with The Big Apple

Deep in rural Herefordshire, Putley is waiting patiently for the blossom to appear as it prepares for the annual celebration of its orchards, which this year will take place on Sunday 5th and Monday 6th May. Blossomtime in Putley is centred on a cider tasting in the parish hall, based on entries from the Big Apple Cider and Perry Trials with well over 100 ciders and perries expected to be available to taste.

Together with its surrounding parishes, Putley is famous for its orchards. Visitors can walk through the orchards, taste the ciders, enjoy a home-made lunch or tea – and discover for themselves why orchards are such special places and apples matter to us all. Norman Stanier’s great grandfather Harry Taylor could have told you a thing or two about that. He was the overseer on the Putley Court Estate nearly 150 years ago when acres of orchards – or plantations – were established in the parish. On Monday morning, Norman will be telling the ‘overseer’s tale’ and sharing the secret of ‘Thrown Hat’ cider.

Putley will also be welcoming some special guests. On Sunday morning, authors and cidermakers Susanna Forbes, Gabe Cook and Simon Day will be giving their thoughts on whether Herefordshire has more to learn from, or to give to, the New World when it comes to cidermaking. Talks will take place at Dragon Orchard at 11am. There are also visits to The Juice to learn about the secret life of Pixley Berries, and how their pressing machines are being put to use for cidermaking. And just up the road, Helen and Andrew Riga will welcome visitors to Yew Tree Farm to taste their single variety perries under each of the trees which produced the pears. Dancing from Leominster Morris and music from Fiddlers Two add the final touches to a special countryside experience.

Putley Parish Hall will be open for the Grand Cider Tasting and Teas from 2pm–6pm on Sunday 5th May and from 12–5pm on Monday 6th May. 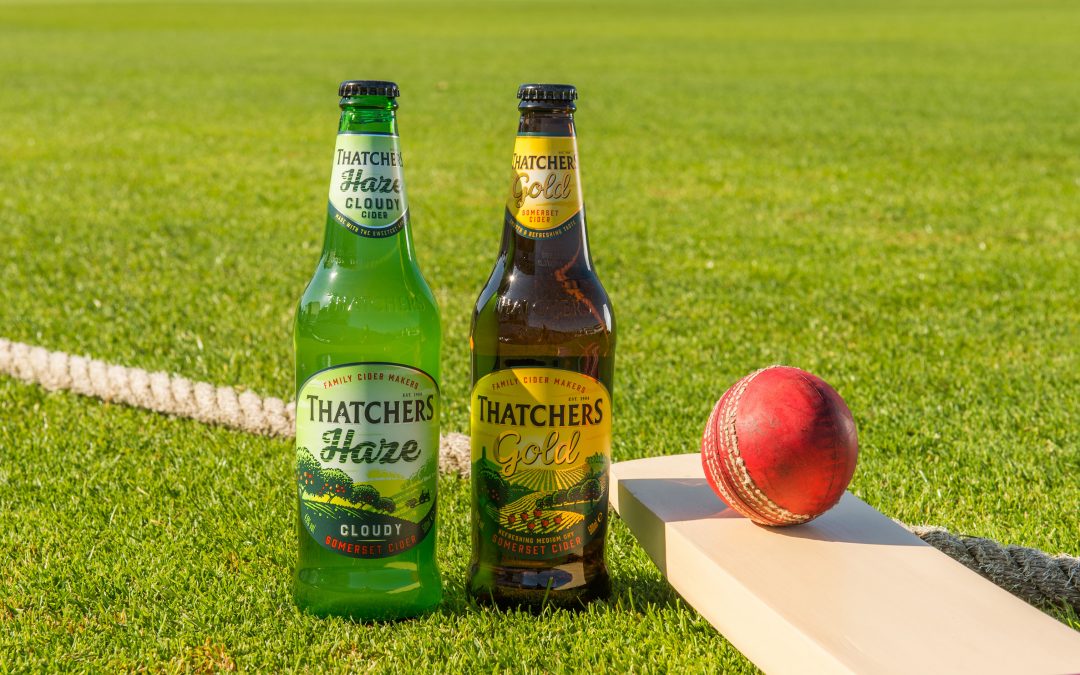 Welcome to one of our newest members Healeys Cyder!