Hawkes will be bringing their new concept of cider festival into Germany with a one-day event. German cidermakers Ostmost and Pica Pica, alongside Austrian Cidermakers Blakstoc will be attending.  All cidermakers will be pouring to a relatively green crowd in terms of cider drinking, so the festival will be shining a light on new tastes and experiences.

Entry is free and guided tastings from each of the Cidermakers will be on offer for a small fee. 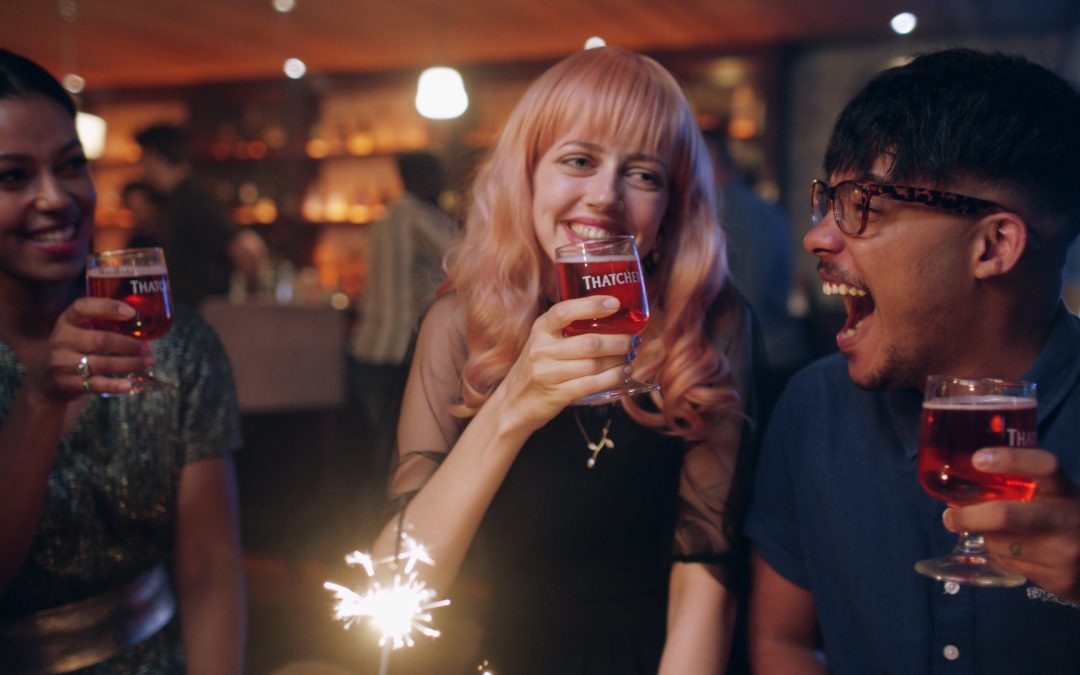 It’s exciting times at Dunkertons Organic cider as they celebrate new international award wins and a complete packaging refresh, just in time for what is hopefully a glorious British Summer.

Dunkertons began in 1980 with the pioneering spirit and vision of their founders, Ivor & Susie Dunkerton. Their vision was to craft organic ciders in harmony with the environment to support the natural eco-system and were the first UK cidery to be certified organic as a grower & producer with the Soil Association. They only use whole pressed organic apples or pears and mature their ciders in single VATs similar to winemaking, for over 12 months, resulting in all their ciders or perry containing over 90% juice. Their ciders and perry are world renowned for their famous ‘deep flavour’.

Lee Holdstock, Trade Relations Manager for the Soil Association commented, “It’s been a pleasure certifying Dunkertons for over 20  years, and it’s great to see them facing the future with the same pioneering spirit that has shaped everything they do. By growing organically for so long, without chemical pesticides or herbicides, the orchards that provide Dunkertons’ apples will have been contributing to better soil health, cleaner air and higher levels of insect life. In fact, organic farms have 50% more wildlife than non-organic. Shoppers are increasingly interested in where their drinks come from, both in terms of the provenance of the cider and terroir. On both these counts, organic production delivers high quality ciders for drinkers to enjoy, just as Dunkerton’s has been doing for over two decades.”

The new packaging includes embossed labels, tactile inks, gold foils and the addition of neck labels plus the addition of new cyclops tasting notes and food pairing on the back labels. Dunkertons are confident the new presentation of their premium organic ciders and perry will genuinely appeal to today’s discerning cider drinkers.

Dunkertons are also launching a new deep flavoured 5% ABV Craft cider in a 500ml bottle and a 330ml can which is the first in the can format for the cider company.  The organic Craft cider was developed over a few years to ensure the ‘deep flavour’ was captured and they are confident that the new format and lower ABV will make Dunkertons even more appealing to a wider range of discerning cider drinkers.

Continuing their pioneering spirit Dunkertons are also going to be the first cider company to include a scale for sweetness, acidity and tannins on their packaging, all of which help deliver the flavour of the cider. Most ciders just distinguish between sweet and dry but this doesn’t give the drinker a full understanding of the complex flavours within each cider. Dunkertons have also included a food pairing for each cider to drive awareness of cider as a great accompaniment with food.

The packaging launch follows on from a triumphant start to the year for Dunkertons with Black Fox winning Gold for Best in Class and second place in the Traditional Dry Cider category, with Organic Dry and Organic Perry winning bronze at the 2019 Great Lakes International Cider & Perry Competition (GLINTCAP). Meanwhile in the International Cider Challenge 2019 Breakwell Seedling won a gold medal.

Co-owner Julian Dunkerton commented, “2019 will be another milestone in the history of Dunkertons Organic Cider Company. Our organic ciders and perry have a very strong following but we knew the brand presentation required a complete refresh and that we needed a lower ABV cider in the range to appeal to a wider range of today’s discerning cider drinkers. The new packaging looks fantastic and each label reflects the individual characteristics of the deep flavour that all our ciders are renowned for.  Launching these straight off the back of our award wins sees us entering another exciting chapter in the Dunkertons story”.