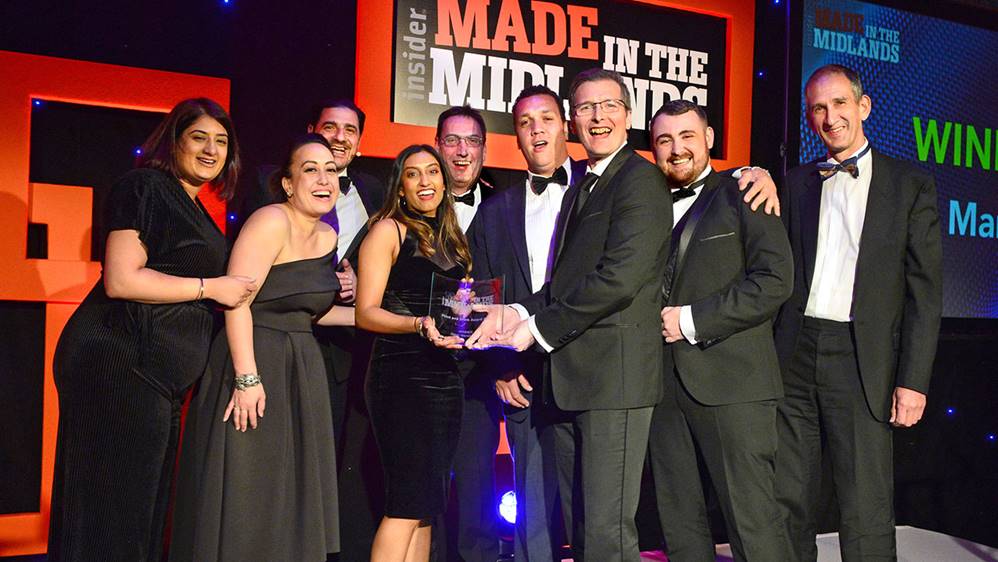 Aston Manor, the UK’s largest independent cider maker, has been crowned the best Food and Drink Manufacturer at the Made in the Midlands awards.

The company impressed the judges with its “shrewd investments in innovation and branding”.  Aston Manor beat competition from six other food and drink businesses after demonstrating its commitment to the region and credentials as an outstanding cider supplier. They will now enter the national awards, Made in the UK, with other regional winners from across the UK.

Aston Manor has been making cider in the Midlands for 35 years. The company has its headquarters and logistics hub in Birmingham, its state-of-the-art pressing facility in Stourport-on-Severn and orchards across Worcestershire and Herefordshire.  It has recently invested significantly to expand the business and ensure its manufacturing processes are seamless and environmentally friendly. Further, Aston Manor has committed to planting up to 400,00 new trees in Midlands orchards and in doing so agreed 25-year contracts with farmer and grower partners.

Picking up the award, Justin Way, marketing controller at Aston Manor, said “This is great recognition for Aston Manor, with the judging panel praising our approach to innovation, environmental sustainability and consistent investment in people and manufacturing capability to maintain the highest standards. We look forward to competing with other regional winners at the upcoming Made in the UK awards.”

Aston Manor was also shortlisted in the Manufacturer of The Year for companies with a turnover below £25m category.

The Made in the Midlands awards took place on Thursday 10 May at the Macdonald Burlington Hotel in Birmingham and was hosted by actor, writer and presenter Alexis Conran. The prestigious regional ceremony is now in its seventh year and recognises the innovation and excellence from across the Midlands in nine separate categories.

For more information about the Made in the Midlands awards and for a full list of winners, please visit www.insidermedia.com/event/made-in-the-midlands/coverage.